Olive Hayden's father, William Davis Hayden was a bit of an importaint man in the community. School teacher, town clerk and twelve years a selectman.  Elected to the position of County Commissioner for Somerset County, where he served for six years. Following he was again chosen selectman and served four years as chairman of the board.  He was postmaster of Madison Centre for thirty years. Serving as a member of the State Democratic committee for fifteen years. He was refered to as "one of the ablest campaign leaders of his time."

It was in 1882 William Davis Hayden, a spritualist himself, bought and helped reconstruct a meeting hall on the shores of Hayden Lake for the Madison Spiritualist Association. When General R.B. Shepherd bought the hall and lake land in 1895 for the Somerset Traction Company he intended to, and did, create an amusement park for his trolly service, and turned the large building into a skating rink. That building went through a few changes over the years, but it is now the historic Lakewood Theater. 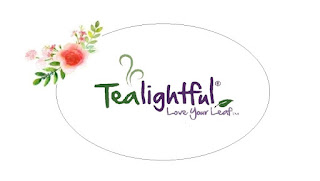 The tea you'll find available at the Sugar Tree Cottage on Olive Street is Tealightful Tea, to taste and to purchase there, or you may order online through my personal independent ambassador link.

All of these sales will also help to support the On Olive Street project.  Just click  here

a coat of paint

Something I have known since I was a kid (my father was a house painter) is that a simple coat of paint can make big changes!  No more yellow kitchen cabinets at the Tower House, but beautiful white that really makes the room look bigger! (and cleaner)

Right in the middle, on the island of land that the circut of Olive Street cradles, is number 29. If you draw a slightly curved line from the Tower House to the Sugar Tree Cottage, in between is a smaller camp. Fixed up (all of the houses we have on Olive Street need a bit of fixing) it should make a cozy place for my son to spend his summers, if not longer.  All of his summers since 2011 have been spent around the  Lakewood Theater. He was part of several Young Performers/Teen, Tech & Tour performances, and has now also appeared in nearly a dozen main stage productions. Additionally he ushers regularly, and sometimes works backstage.  He has acted, directed and stage managed with/at/for several other companies as well, but I do believe Lakewood is his favorite and there's no place he'd rather be.[other than Salamanca Spain perhaps] He intends to be a part of the Lakewood community for a long, long, very long time indeed, so it's nice to have a place for him to hang his hat!

Unfortunately, due to it's location at the bottom of the hill,  there is indeed some water that seems to settle right there in the front yard of the camp during the springtime thaw... and so it has earned the nickname "Swampy."

I have not had the chance to fully introduce you to Olive Hayden, for whom Olive Street is named, but as it sometimes goes, how we are remembered in the end tells our story for us.

Olive wrote occasionally for the Somerset Reporter, and the Independent Reporter, both being newspapers based in Skowhegan. I do not know who wrote this lovely piece about her passing, and created the brilliant headline, but I adore it.