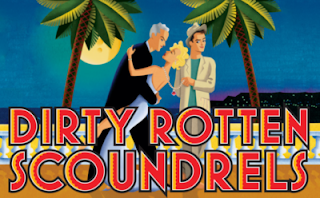 "The play based on the popular 1988 MGM film, takes us to the French Riviera for high jinks and hilarity. Sophisticated, suave with a good dash of mischief, this hysterical comedy features a delightfully jazzy score and was nominated for a staggering eleven Tony Awards."

Olive Street's Jakob Sutton can be seen popping up now and again, with more than half a dozen charectors

Tickets are available online https://lakewoodmaine.csstix.com/ or at the box office office 207-474-7176